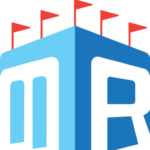 Apr 2021 staff moves and sports business industry news in one spot — updated as they happen, so make sure you check back throughout the month.

The San Jose Earthquakes and PayPal Holdings Inc. roll out their ten-year sponsorship agreement that includes naming rights for the team’s stadium located in San Jose, Calif., which will now be called PayPal Park. PayPal Park will be outfitted with PayPal’s digital payments technology, including the ability to pay touch-free with QR codes at point-of-sale (POS) systems around the stadium and feature benefits like fast lanes that provide fans paying with PayPal or Venmo a quicker checkout experience. Elevate Sports Ventures assisted the Earthquakes during partnership negotiations.

The Houston Astros and Gallagher announce a “multi-year strategic partnership,” with Gallagher becoming the team’s official insurance broker, benefits consultant and risk management services partner. The Astros Foundation Volunteer Corps presented by Gallagher will play a prominent role in the new partnership, offering a variety of volunteer opportunities at Minute Maid Park and in the greater Houston area. Additionally, Gallagher gains exclusive naming rights to The Gallagher Club, the all-new premium entertainment experience located on the ballpark’s suite level. The Gallagher Club is the first club space at the park to offer an exclusive membership where fans can pair existing seats with the membership, and enjoy amenities including first-class food and beverage options, dining area and 15 large screen HD TVs. 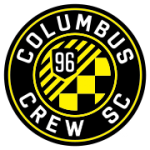 Columbus Crew SC name Columbus-based Vertiv a Founding Partner and the club’s Official Data Center Equipment Provider as the club prepares to move into its new home, New Crew Stadium, in Jul. Vertiv will equip the data center supporting the team’s administrative and in-game IT needs, as well as sponsor a customer experience center in the stadium showcase area featuring Vertiv racks, power, cooling and IT management systems enabling a high-tech, connected fan experience. Legends Global Partnerships assisted the Crew on the partnership.

Clear and the NBA, announce a partnership to make Clear’s “Health Pass” technology available to NBA teams for COVID-19 health screenings in all their arenas. One-third of NBA teams are already  using Clear’s technology for employee or fan safety protocols in-arena, which can include a combination of health surveys and secure linking to COVID-19 lab results and vaccination records. 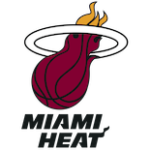 The Miami Heat tab cryptocurrency exchange FTX.us the new “Official and Exclusive Cryptocurrency Exchange Partner of the Miami Heat.” This deal works in tandem with the Mar 26, 2021 announcement that, starting with the 2021-22 NBA season, American Airlines Arena will be renamed FTX Arena in a 19-year agreement with Miami-Dade County. 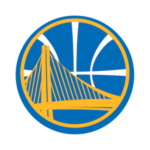 Golden State Warriors President & COO Rick Welts (pictured above in 2019) will step away from the team at the conclusion of the 2020-21 season. Welts has spent 46 seasons overall in the NBA, including the last 10 with Golden State. The Warriors announce Welts will remain associated with the organization as an Advisor and that they are expected to name a new President within the next week.

Vicky Lynch named Chief Business Officer for the Chicago Red Stars effective immediately. Most recently, Lynch was serving in a number of from consultancy roles, including with NISA. 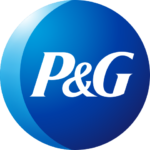 The president of the National Baseball Hall of Fame, Tim Mead, announces his resignation, effective mid-May 2021.

, owners of the Cleveland Browns and Columbus Crew SC, elevates Greg Rush to CFO and hires Michele Powell as VP, Event Development. Rush is in his 15th year with the Browns/HSG, while Powell joins the organization from Monumental Sports & Entertainment.

The Houston Astros acquisition of the Sugar Land Skeeters franchise is officially approved by the Sugar Land City Council. As part of the agreement, the Astros and the City of Sugar Land partnered on a lease extension, keeping the Skeeters at Constellation Field through at least the 2045 season. Sugar Land, which will become the Astros Triple-A affiliate with the 2021 season, joins the organization after spending the last nine years in the independent Atlantic League (2012-20). Bob and Marcie Zlotnik, who had owned the franchise since its inception in 2012, are now minority ownership partners with the Astros.

At the quarterly meeting of the NCAA Board of Governors, the board votes unanimously to extend NCAA President Mark Emmert’s contract through Dec 31, 2025.